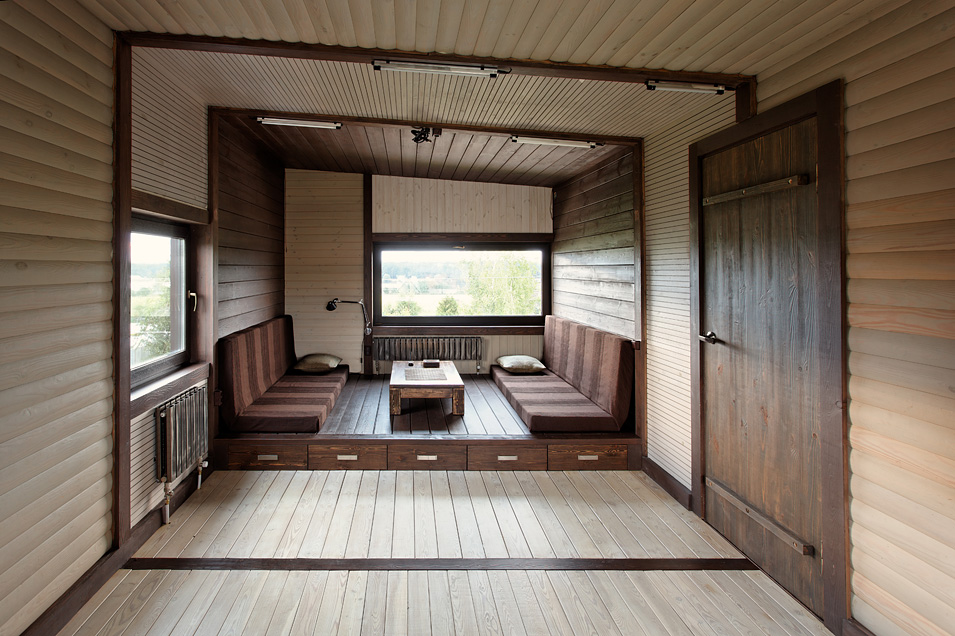 Artistic design of the house is a combination of simple layout of the house with clear functioning of it and a facade composed of various shape and color wooden patchworks. Practically all types of trimming are being implemented here.

To reach desirable effect trimming fragments were painted in different shades of brown and were fixed at various angles so that the same fragments would reflect the sunlight in different ways.

The source of it goes back to Soviet era style, when private house construction industry used to be rundown and backward, which can be explained by many reasons. Those who managed to build so called “dachas” implemented practically all handy materials which happened to be available. As a result the houses looked like patched blankets consisting of different fragments which clearly showed who the owner of the “dacha” were precisely at the moment of construction. 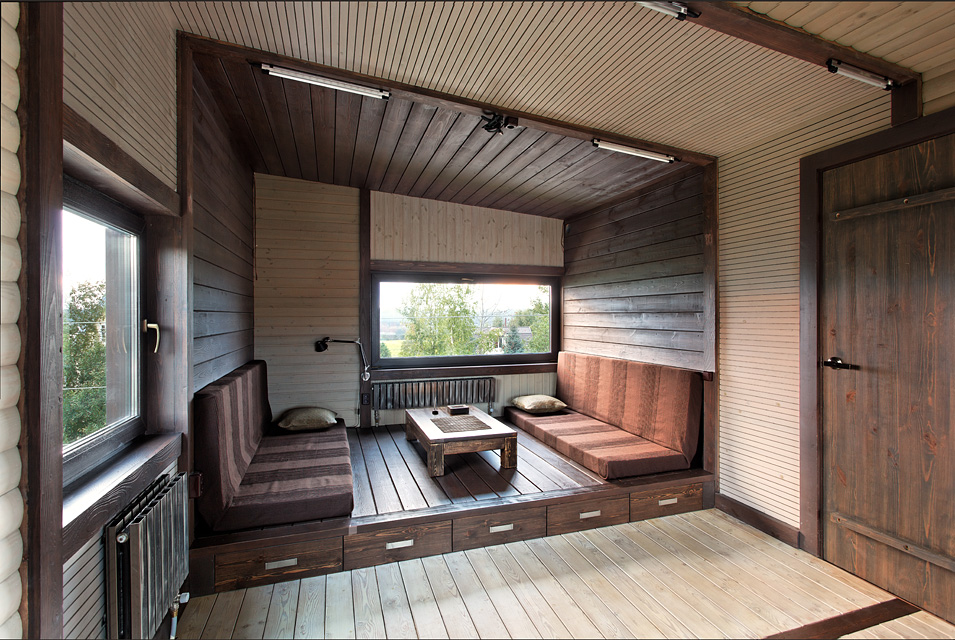 The design envisages comfortable living of two adult couples-parents and grown up children if to work at home and permanently live here. Apart from this the family hosts a few guests too. So the house looks like this: 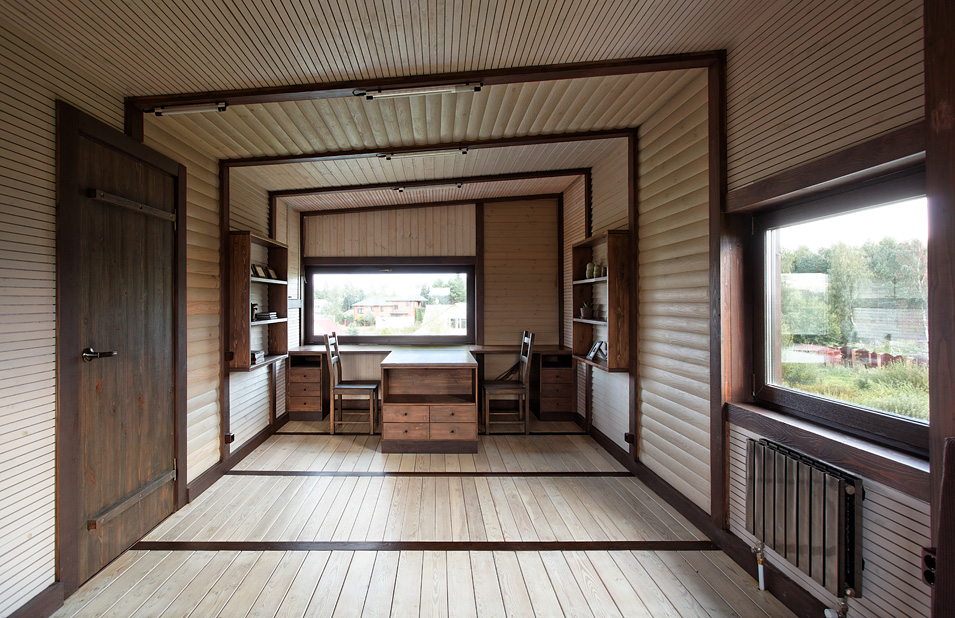 The plot where the future summer cottage was planned to be built is located quite near the Volga River in a small village in Tverskaya Region, Konakovsky District and is on the way to Saint Petersburg, 140 km from Moscow.

The blocked foundation of 6,500 mm times 8,700 mm size was already laid there. Thus it set the gabarit size of future cottage (Russians call them “dacha”). Extra supports were specially made for open space terrace and shed.

Frame and wainscot technology was implemented in the construction. Panels being heated by insulation materials and pellicle are made from squared timber 140mm times 45mm size which are inside and outside trimmed by OSB followed by finishing.

Why three levels cottage? Firstly, terrific view of the Volga is available only when one is on the 3d floor. Secondly, hardly would it be possible to place all purpose rooms only on two floors. 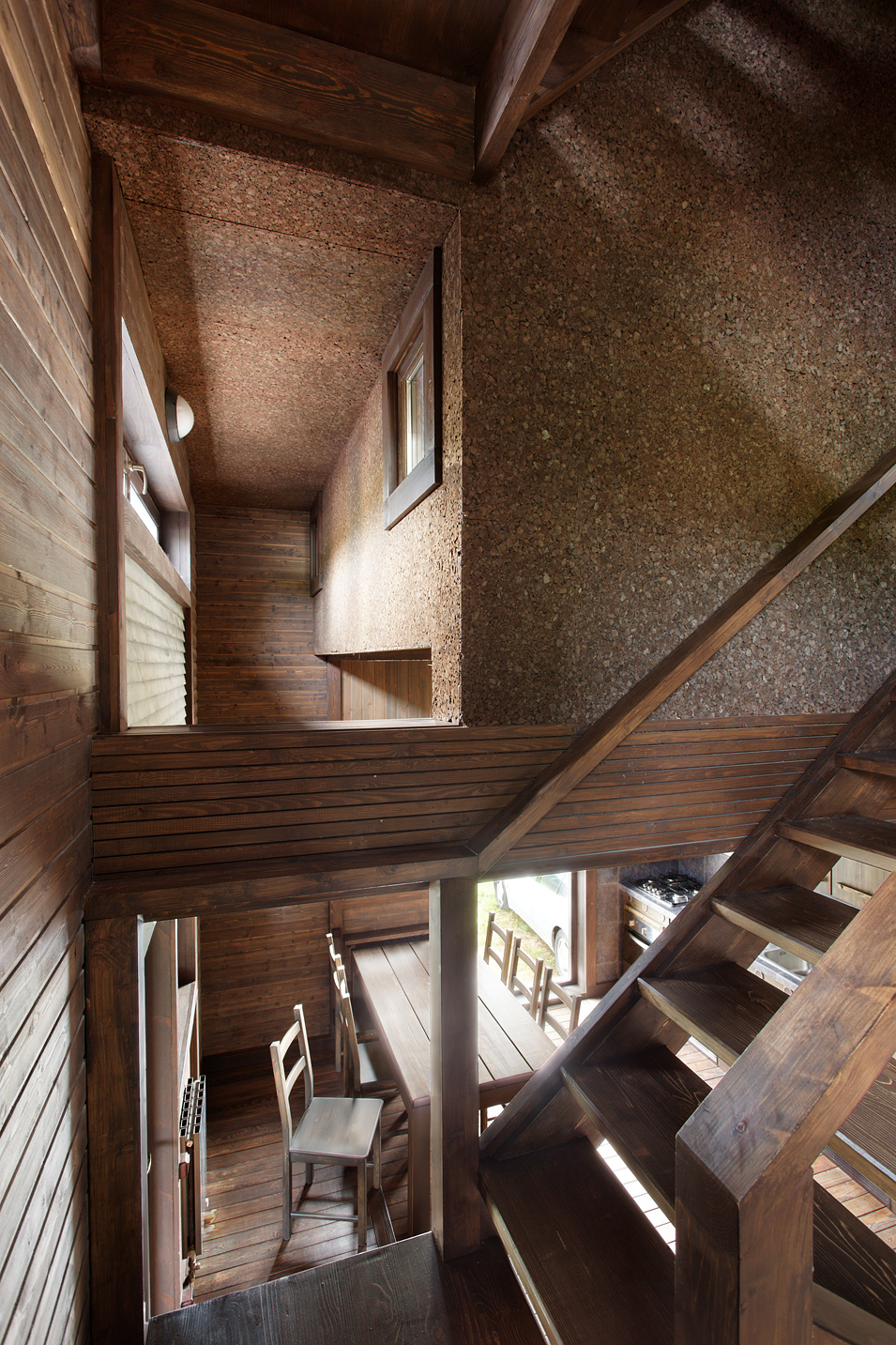 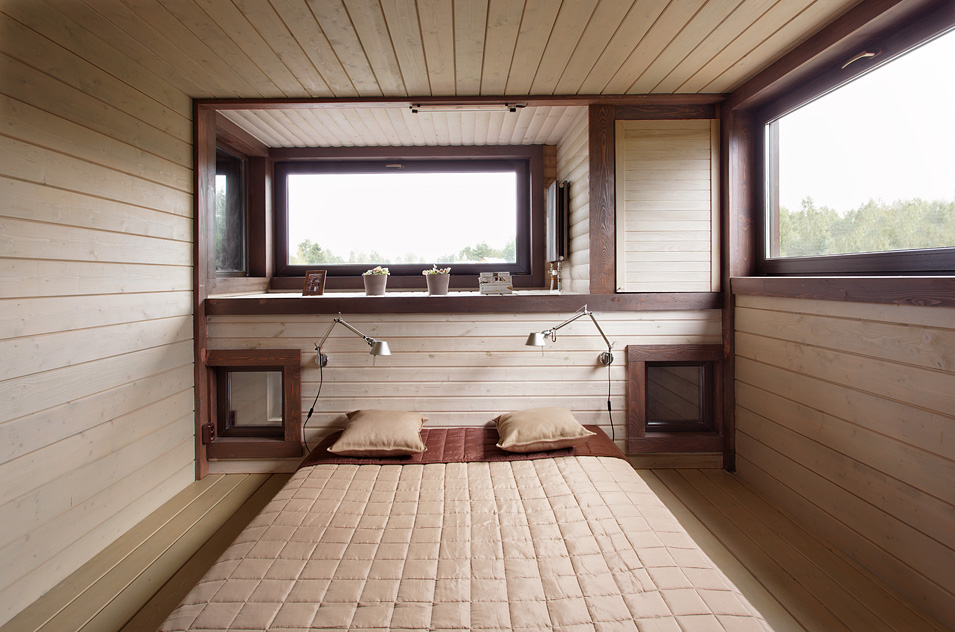 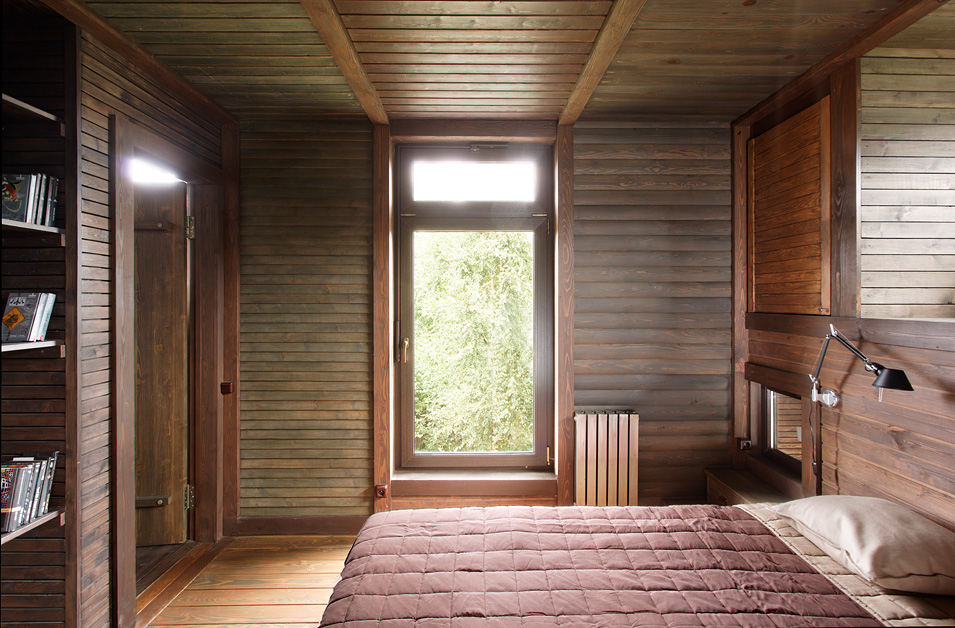 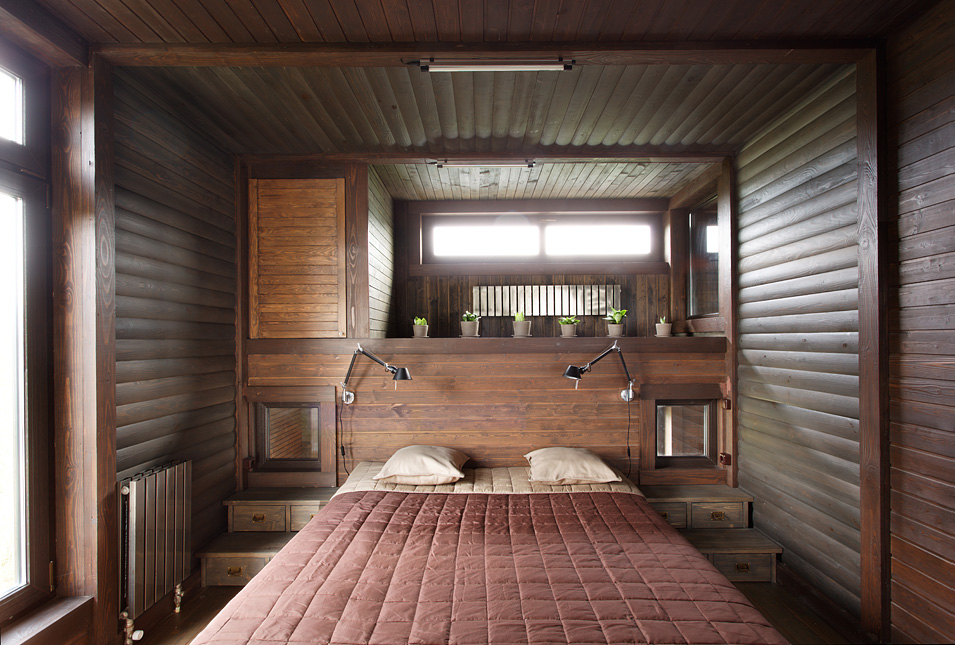 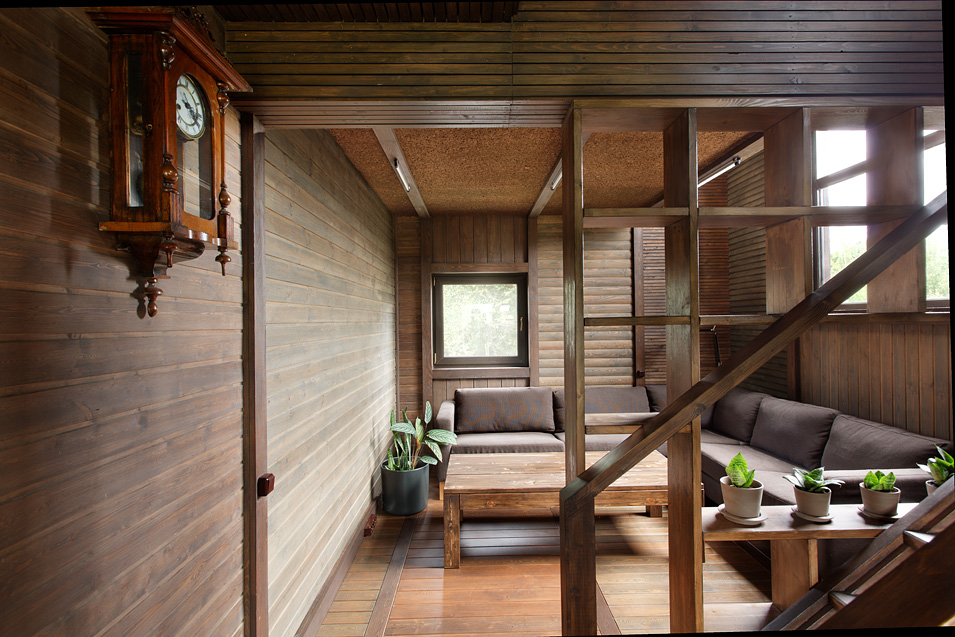 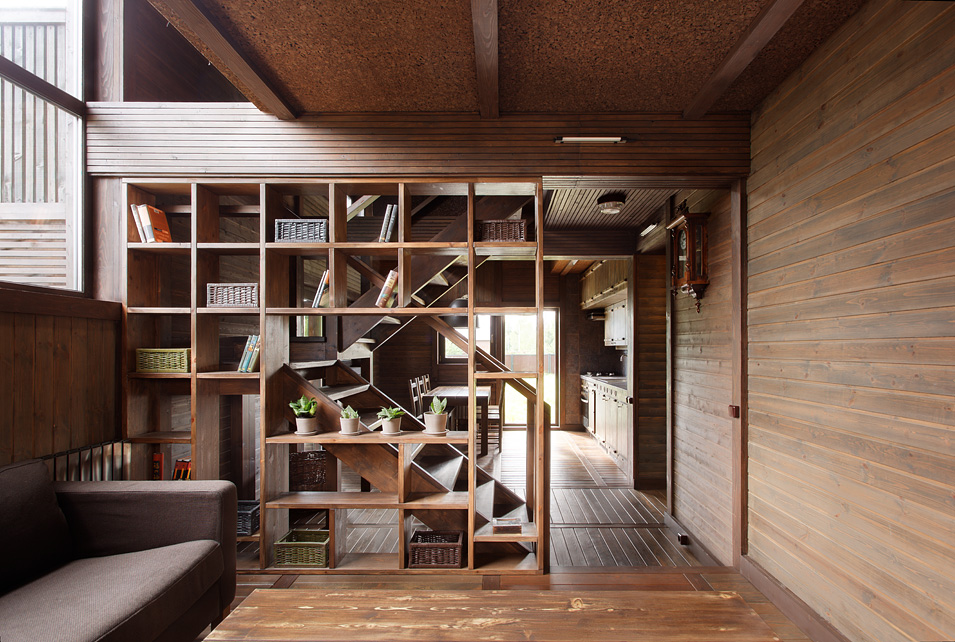 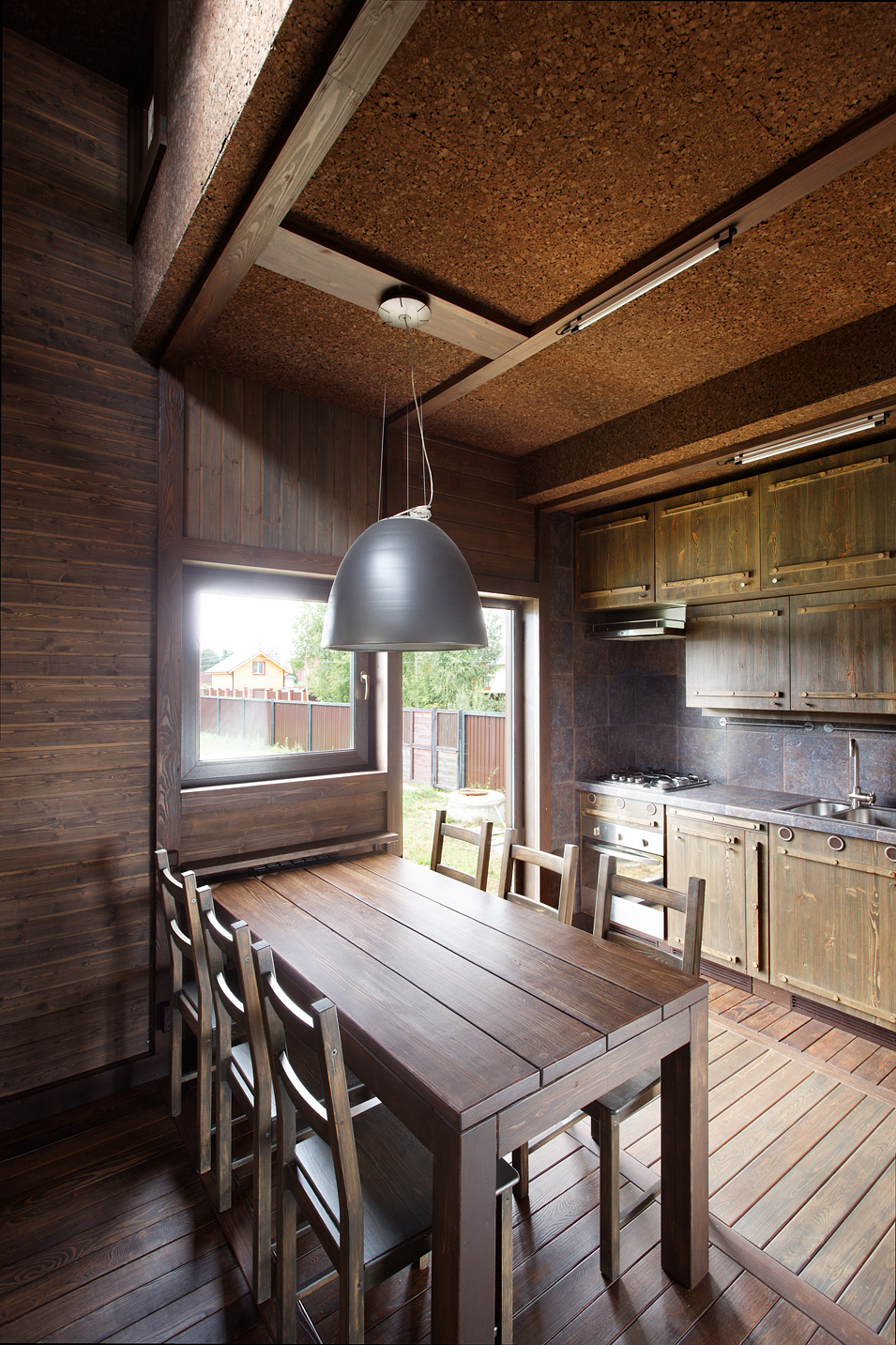 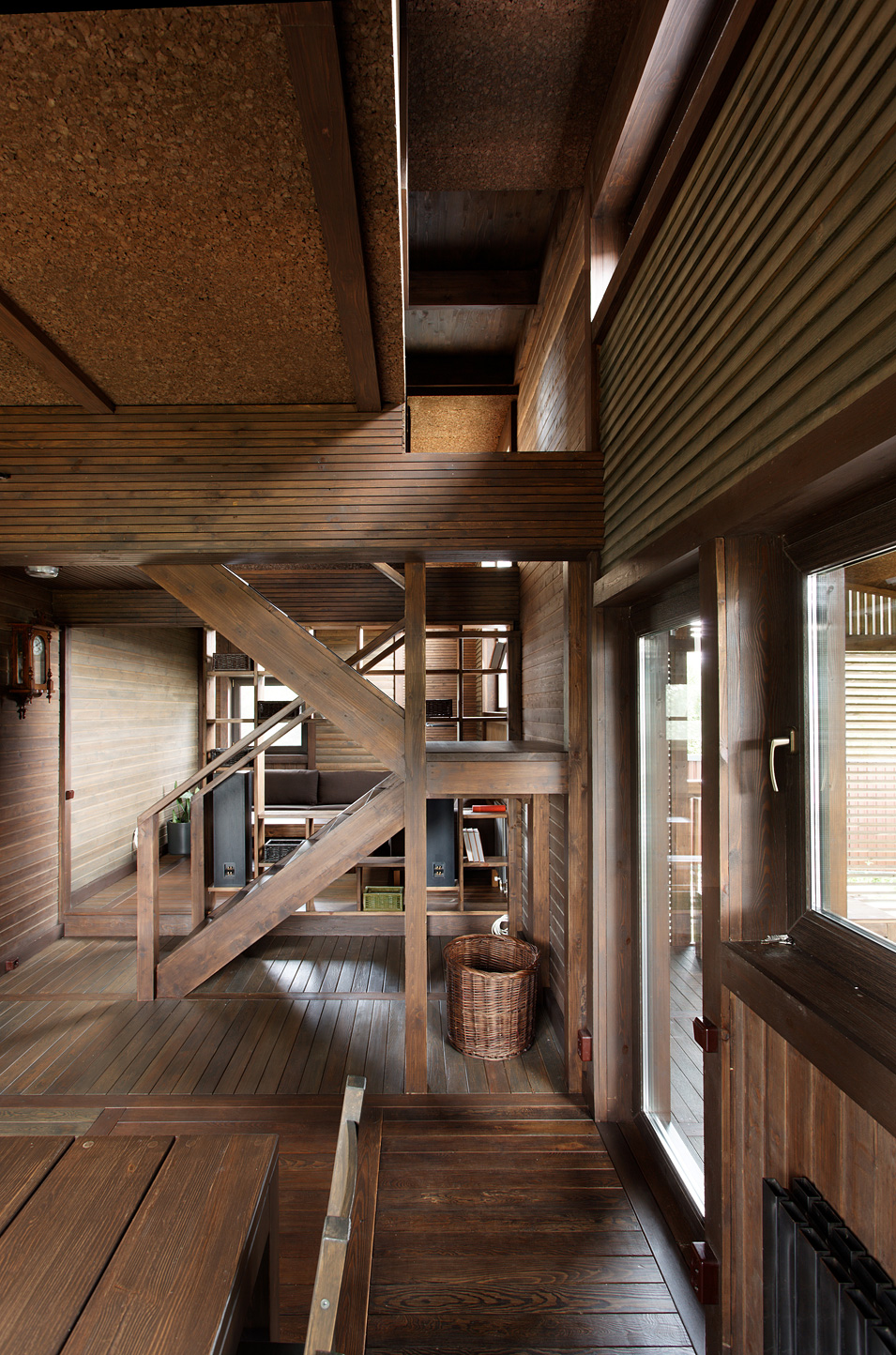 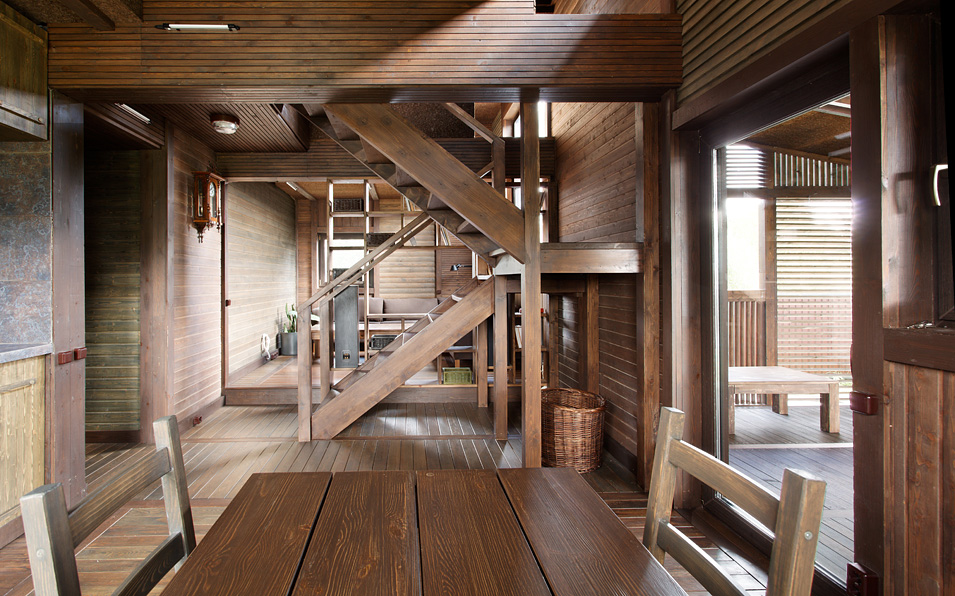 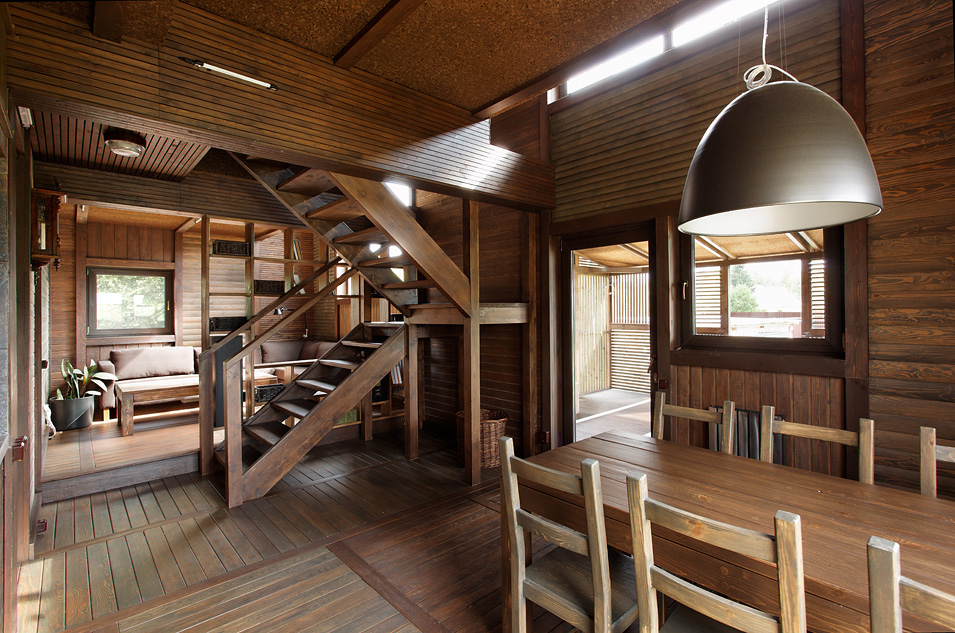 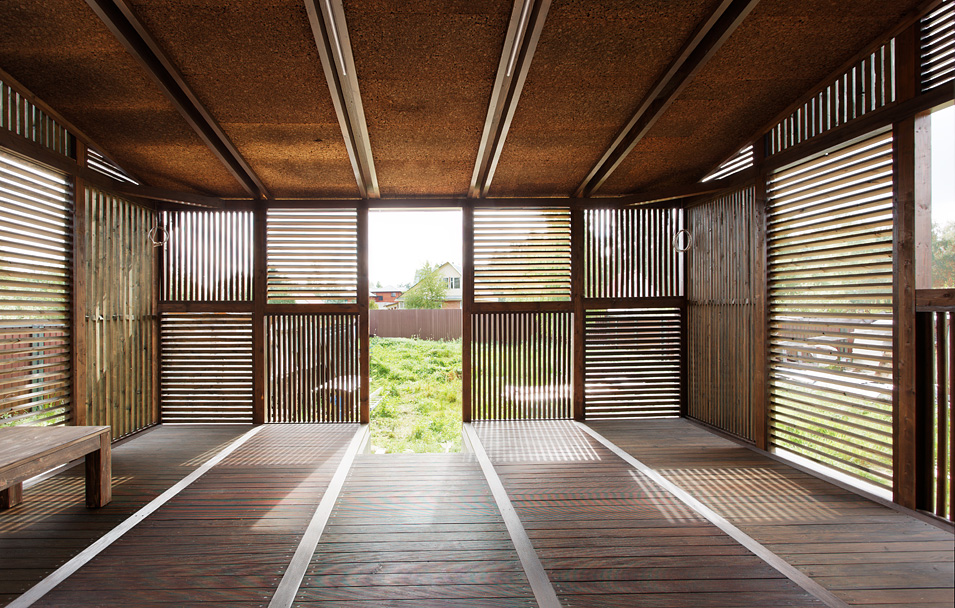 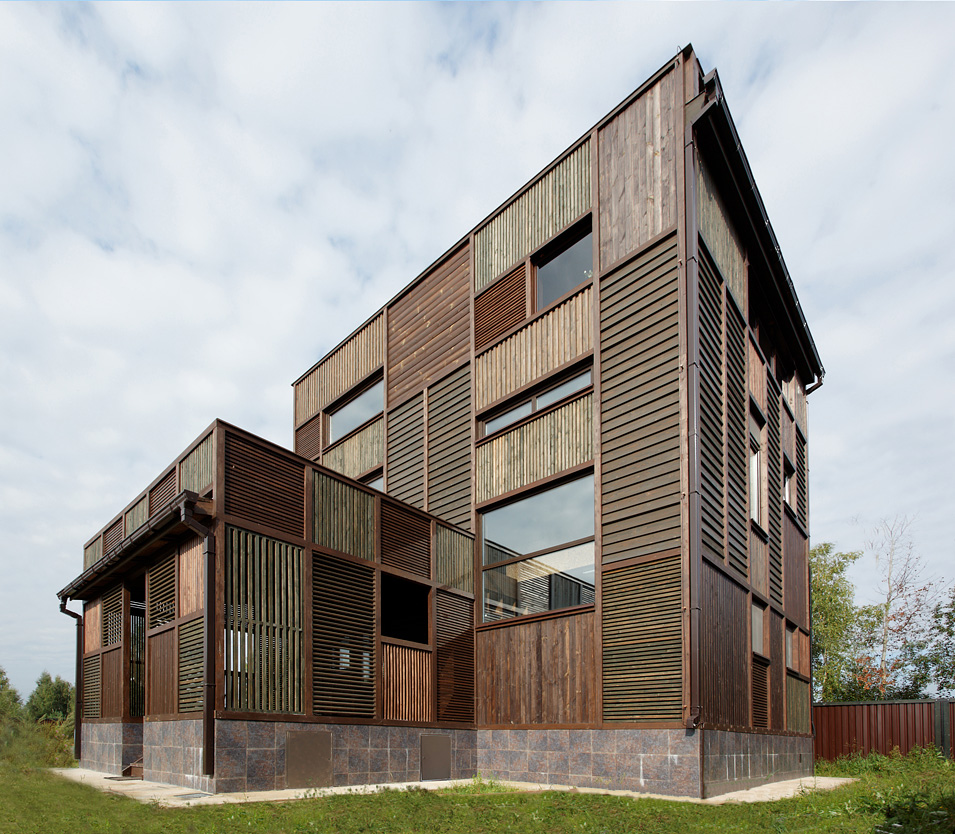 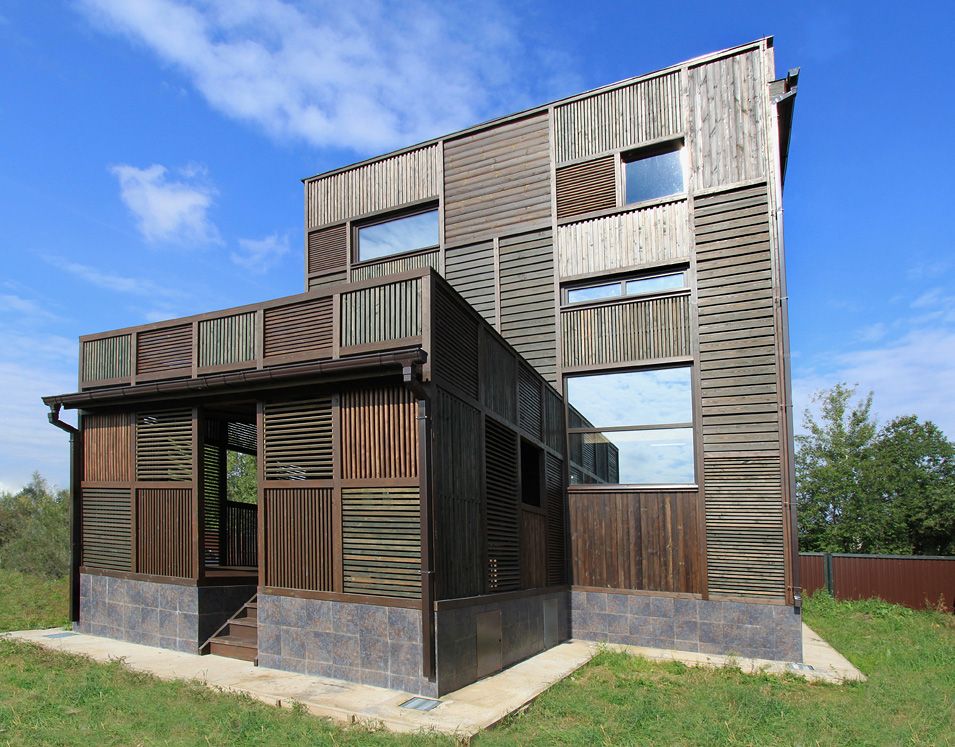 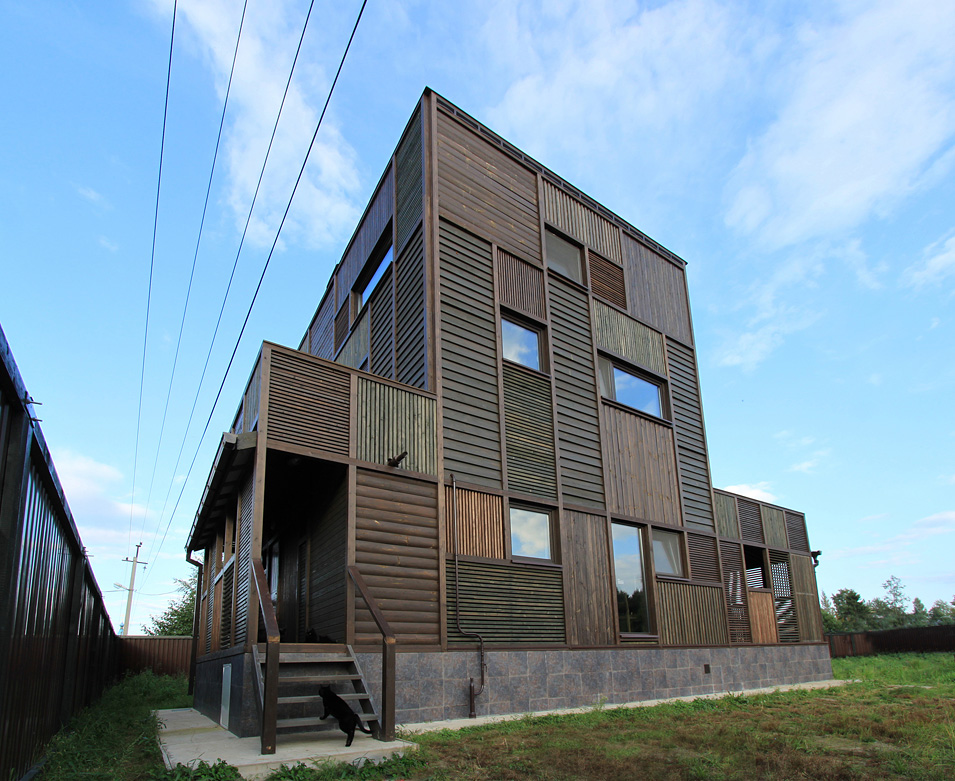