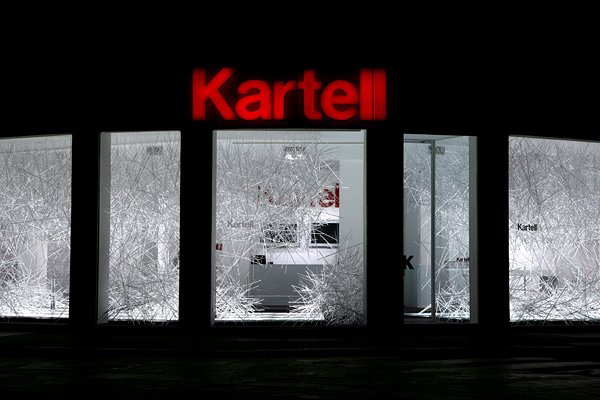 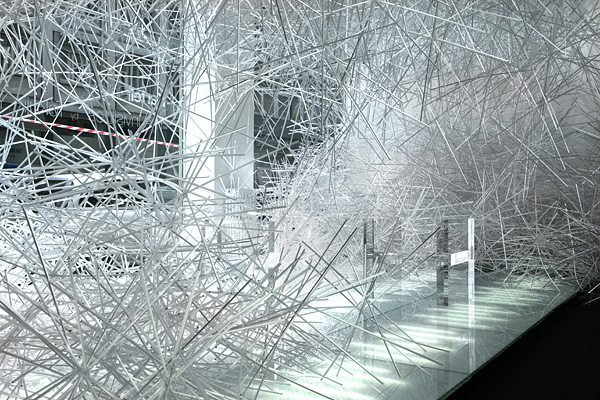 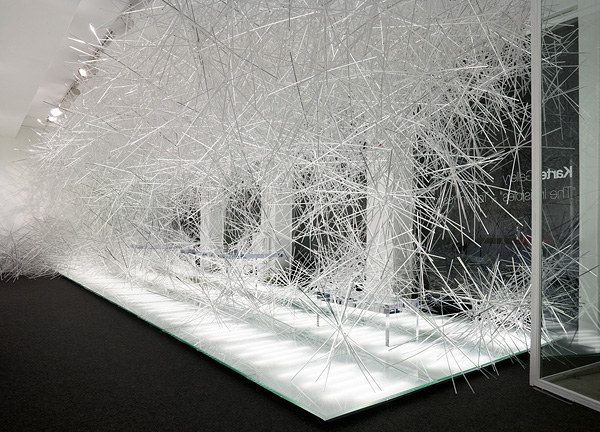 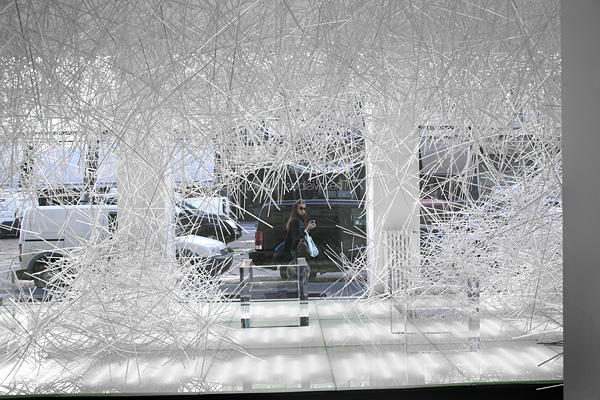 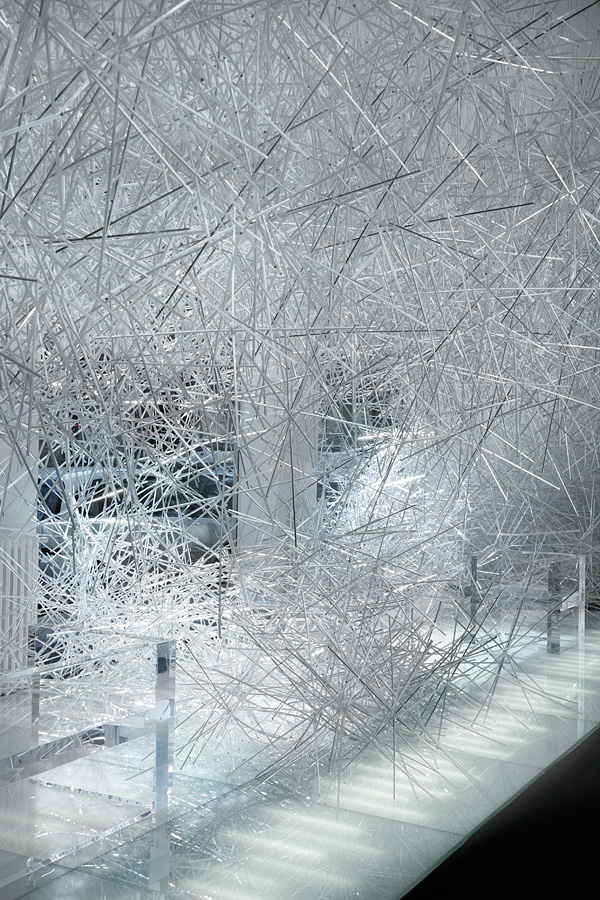 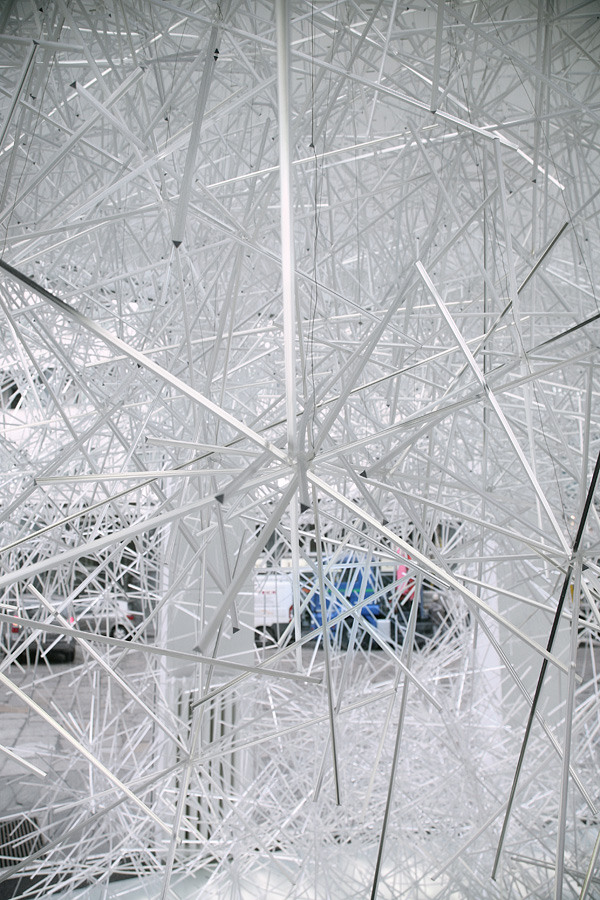 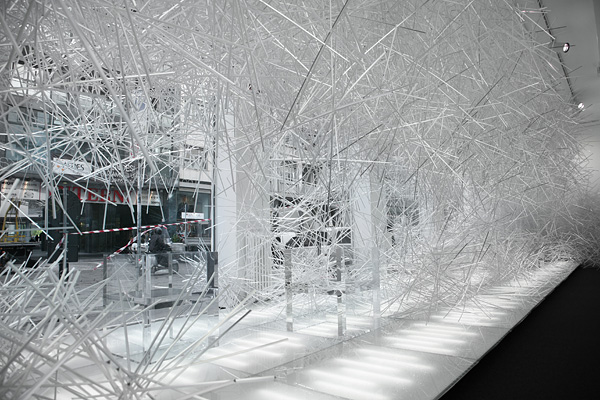 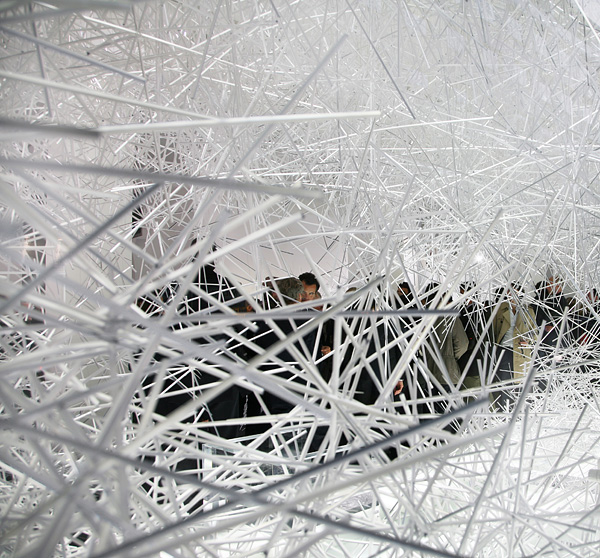 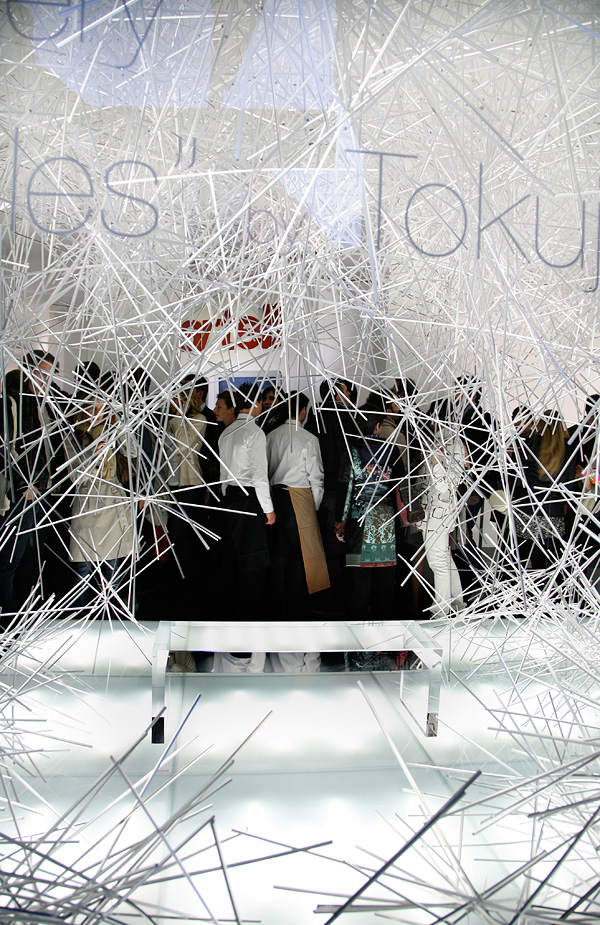 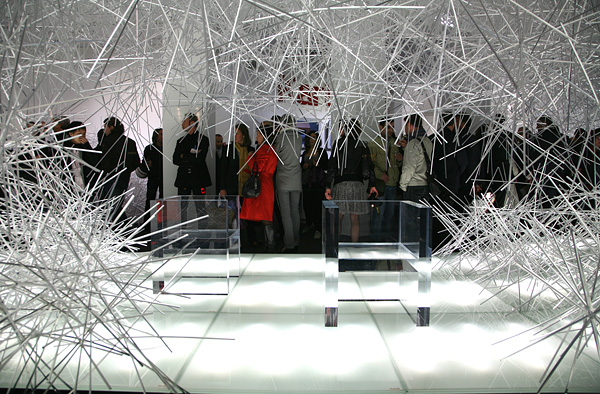 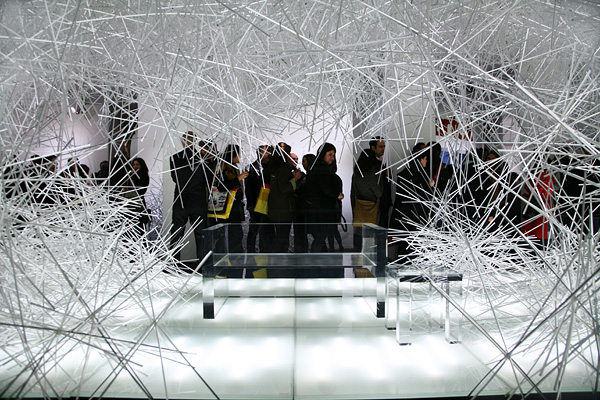 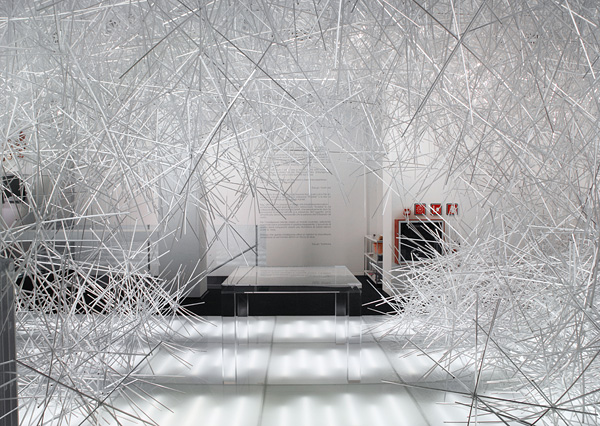 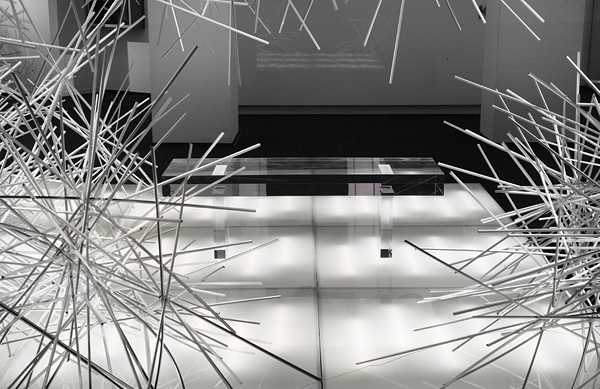 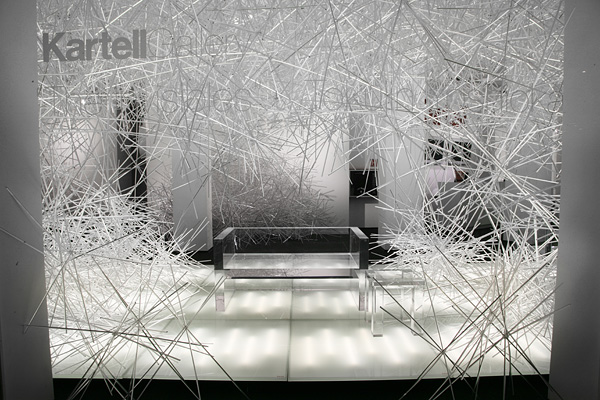 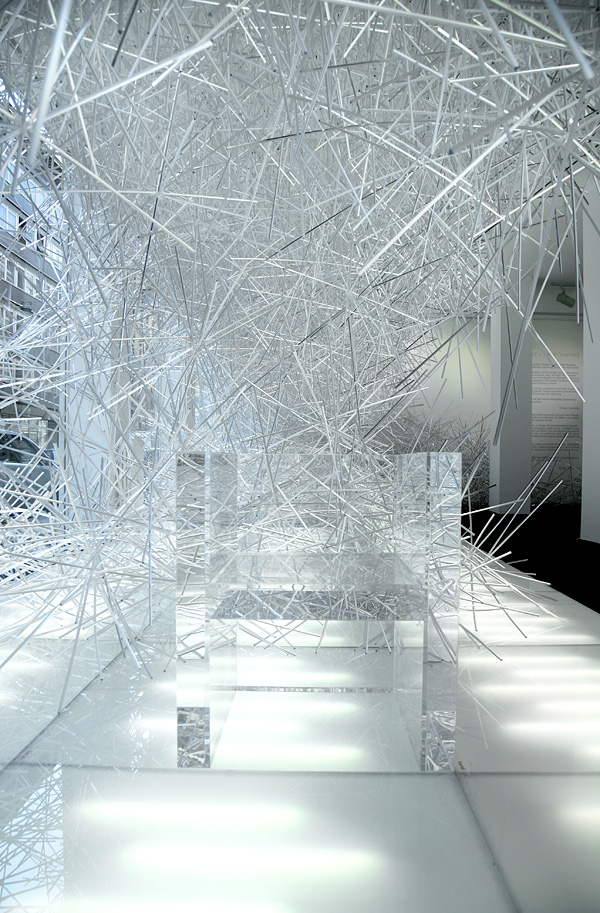 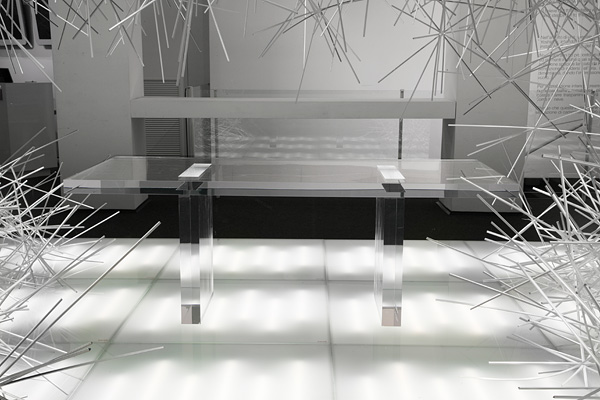 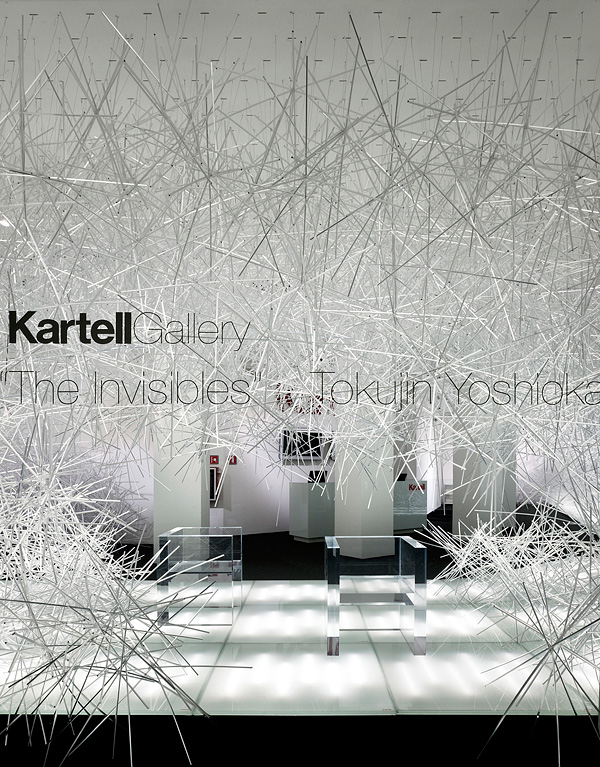 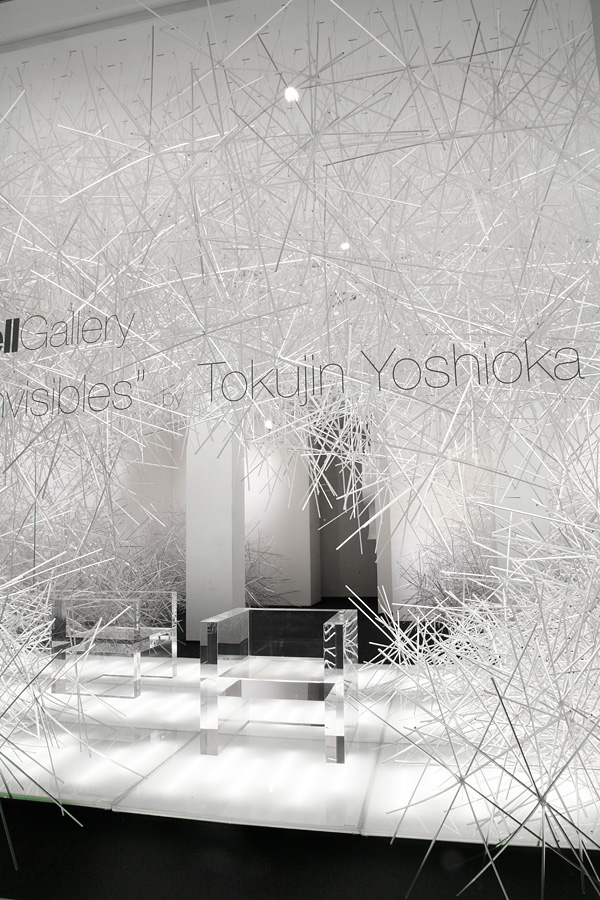 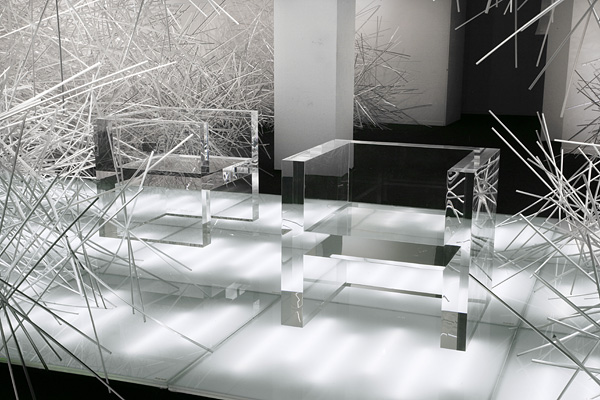 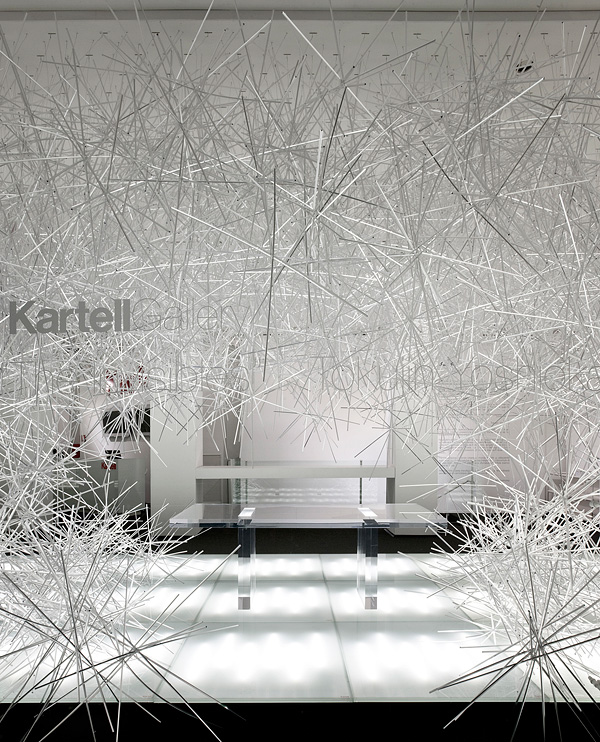 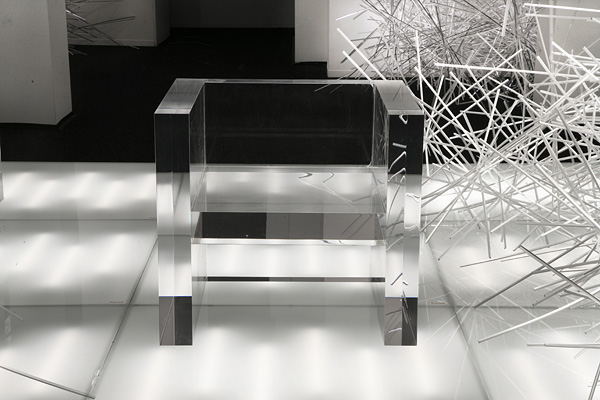 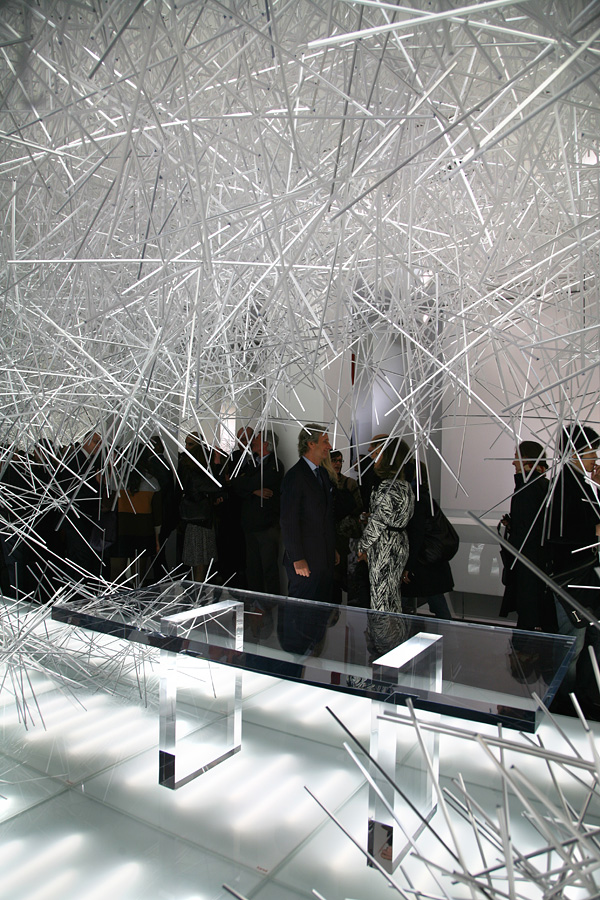 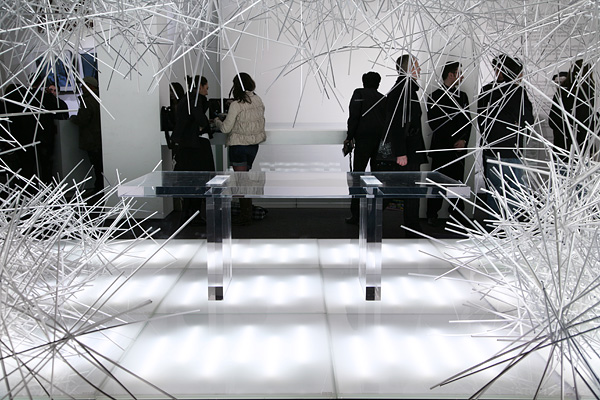 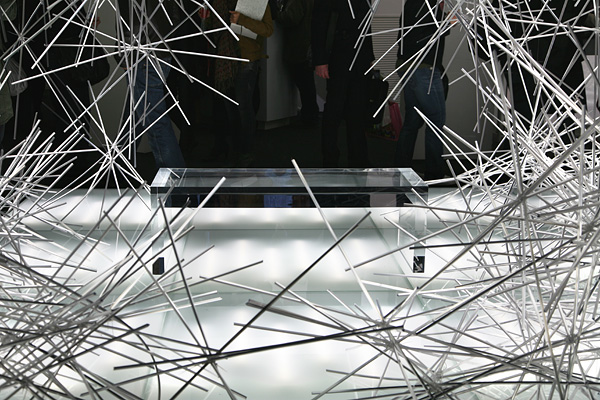 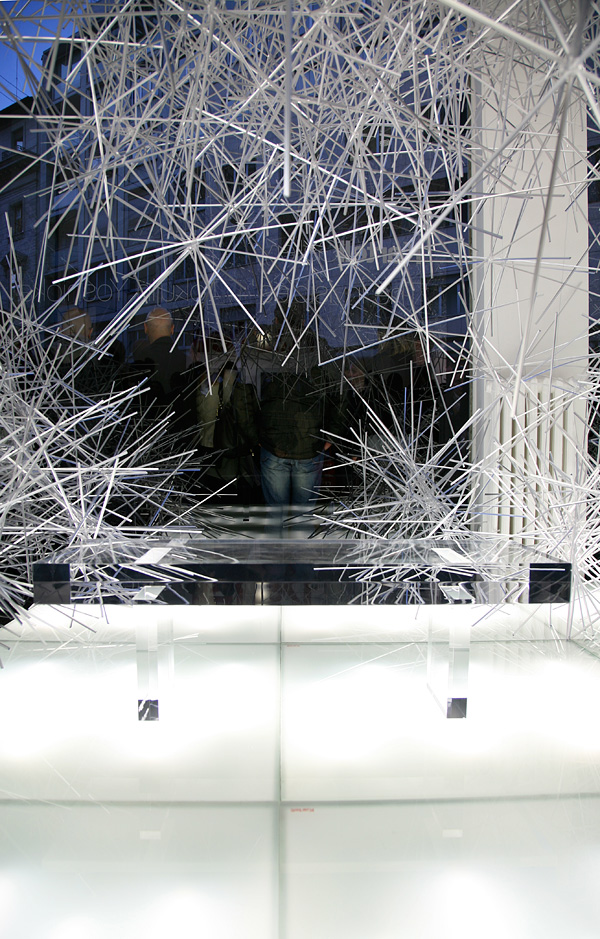 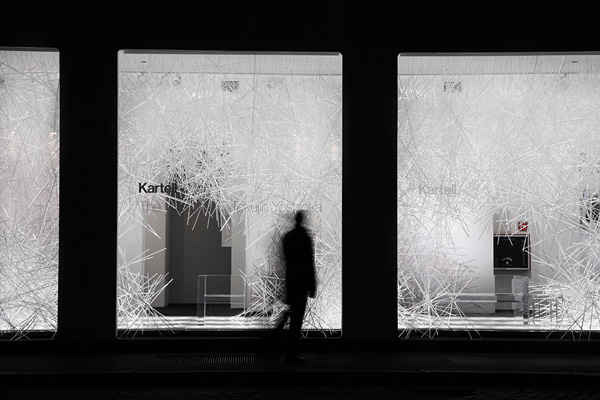 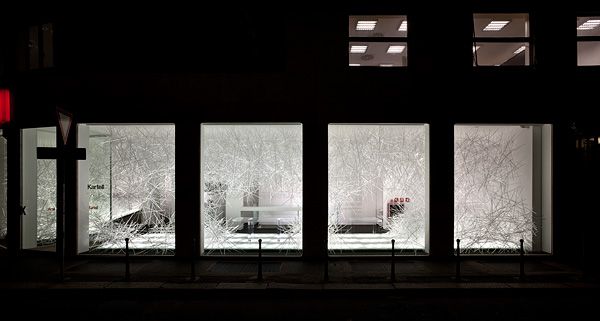 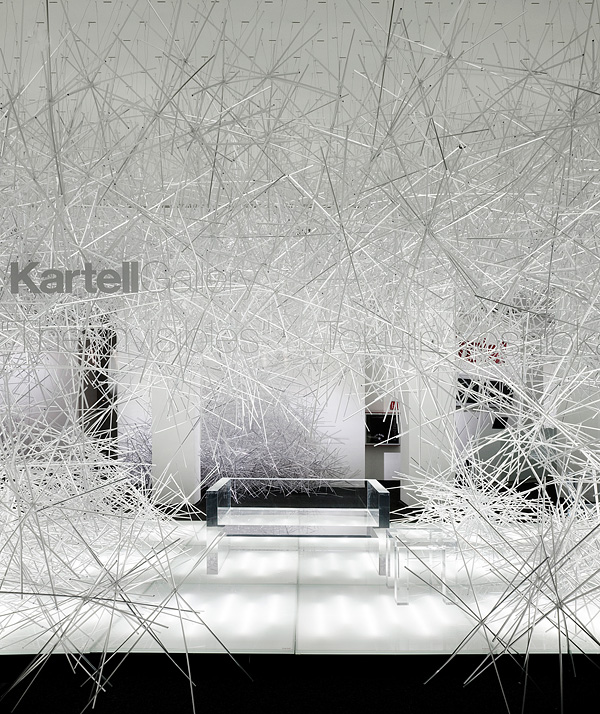 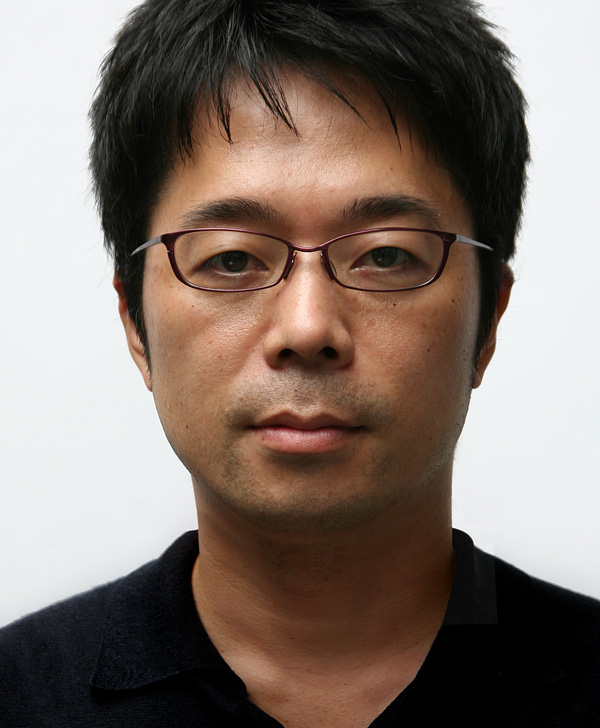 “It is the simple hypotheses of which one must be most wary; because these are the ones that have the most chances of passing unnoticed” Henri Poincaré, mathematician

I have never talked at length about the topic of ‘design’. Part of that is because I am not good at verbally articulating things in general, but the main reason is that I do not think it can be conveyed through words. I do not think my designs require much explanation. In fact, I think just trying to put them into words would take something away from [the aesthetics of] them. The act of creating cannot be fully understood, and is therefore by definition a matter of mystery, and thus beautiful.

Designs are not things you create. They are things that you allow to come about. Design is not something you talk about. Things speak for themselves, and are best understood naturally when left to do so.

Design is by nature very free. There is nothing in design that says certain things must be a certain way. Small ideas are useless. One does not know what the extremes are. Actually, there are no extremes to begin with, because design is like a living creature.

Design is something you feel, and that is why it is enjoyable.

People look at my designs and assume I’m using new materials or technologies. This is far from the truth. It is likely that people have merely glimpsed beauty where they never have before. This involves seeing the true beauty of the materials. The paper could be crumpled up or even torn: it can still be beautiful. Perhaps beauty is only first perceptible when a person stops judging value using the intellect. Unexpected coincidences are the finest of experiences. I suspect that only a small portion of things possible are attainable through the intellect.

I try to not create shapes.
I think of my designs as demonstrating the kind of beauty that comes from drapes in a dress, for example, beauty that results from happenstance and randomness. It is the sort of beauty that is driven not by any intent to achieve a particular result, but rather conceived through naturally occurring forces, almost serendipitously. As I see it, this is precisely the process in which things arise, and these are things cannot be created with preconceived drawings or CG technologies. They are designs that result not from the act of thinking, but feeling.
I am made to realize that it is just like seeing a breathtaking sea of clouds from an airplane.

What is poetic?
The realm of beauty that emanates from worldly phenomena. Such scenes change, and it is impossible to make the same appear again. They become fragments of memory and gradually fade away.

Nature never shows you the exact same thing twice, and that in itself is proof that it is alive. That is the beauty of living things.
The beauty inherent in flakes of snow can never be matched by any design. People are moved by the beauty of happenstance. I wish I could take a cloud home with me. I believe that nature is the greatest design in existence.
My desire not to give shape to things is probably due to the fact that I have, at least to a certain degree, come to understand the beauty in nature.

When it comes to light and air, no amount of [intellectual] knowledge or discussion can surpass experience. The experience of each, plus the memory of beauty that is awakened from the slumber of the human mind and thrust into the imagination by something…these are what help me complete my designs.

Think about when you look at paintings that are by any measure well-executed. Why do some of those paintings fail to affect you? It is because the energy in them comes from completely different places. People need to be emotionally moved in new ways. From profound experiences of emotional events to the small, everyday joys in life…true design is produced by changes in emotion.

It is possible that I am not making things, but rather just giving shape to emotional energy.

Some people maintain that design is not art. I imagine that for such people “art” is an alluring but supremely frightening thing. People often ask me the difference between design and art. People of old had no concept of design, yet there was art and music. Why do people listen to music? The answer probably lies within that question.

If all designs were simple and practical, there would be no richness to life or the desires of the heart. Our lives are imbued with things like moving music, evocative cinema, uncontrollable feelings of love, and an appreciation for the mysteries of the natural world.

From where do ideas come? I earnestly wish I knew the answer to that question. At the same time, I am extremely grateful for the ideas that come to me.

I am always finding new goals. Having goals or things you want to build is a real mark of happiness.
You have to let the ideas that come naturally to you in everyday life mature inside your head. Only you can decide when they are complete. Having major hurdles and challenges is a bold new step, and only through trial and error are things revealed that lead to miraculous results. Angels only visit people in that state of mind.

My designs may be unprecedented, but for some reason they are still present with me in my daily life.
The form of the lamp ceases to exist and light appears. When I design a chair, I am probably designing only the sensation of sitting in a chair. The ultimate design of a chair would have the user floating in the air with a pure sense of comfort.

It is enough for just sensations and phenomena themselves to be present. There are some things that cannot be grasped visually.

I am not a designer of forms. I wish design did not require forms at all. With lamps, for example, just having light is enough. Ideal lighting is rather close to light bulbs and even light itself.

I try to design time, space, and light. Maybe I just want to create mysterious auras that change the qualities of their surroundings merely by their presence.

What was I put here to do? I began asking myself that question.
I try to listen carefully to my emotions.
It is an exciting and wonderful feeling, one that transcends the unconscious. Design is poetry, and joy comes from each unfettered idea. Humans are emotional animals. Songs that shake the soul, the perfume worn by someone you like…the human heart does not need form to be moved.
I want to create as much as possible with every step I take towards the future. And I want to move the hearts of as many people as possible in my lifetime. Hence I shall continue to design.

Design fills the possibilities in life with hope: maybe one’s life can be transformed because of a single design, or maybe design can fill our lives with new hope. The world of design is filled with dreams, which is what makes it so wonderful.

Born in 1967. Worked under Shiro Kuramata in 1987 and Issey Miyake since 1988 and established his own studio, Tokujin Yoshioka Design in 2000.

He has done many projects with Issey Miyake for nearly 20 years such as shop design and installation.
Also, he has designed the paper chair “Honey-pop” (2001), Driade’s “Tokyo-pop” (2002), Yamagiwa’s lighting “ToFU” (2000), cell phone “MEDIA SKIN” (2005) for au design project, the flagship store of SWAROVSKI in Tokyo (2008), chandelier “STARDUST” (2005) for SWAROVSKI Crystal Palace, polyester chair “PANE Chair” (2006), “Water block” (2002) made of special glass, “VENUS – Natural crystal chair” (2008).
Has collaborated with various leading companies such as HERMÈS, BMW, MOROSO, TOYOTA, LEXUS. Especially his installation works have been highly evaluated as art works simply more than design works.
In 2009, with Cartier, one of the most important jewelers in the world, Tokujin has given a direction to the special exhibition of their precious archives, which Cartier created from their foundation since 1847.

Some of his most important works are displayed as a part of permanent collections in the world’s well-known museums such as Museum of Modern Art (MoMA) in New York, Centre National d’Art et de Culture Georges Pompidou, Victoria and Albert Museum, Cooper Hewitt National Design Museum and Vitra Design Museum.

Selected as one of “100 Japanese respected by the world” in Newsweek magazine of Japanese edition.
In 2009, Tokujin presented a new book ”Invisible Forms”, in which he gives away his own design theory.